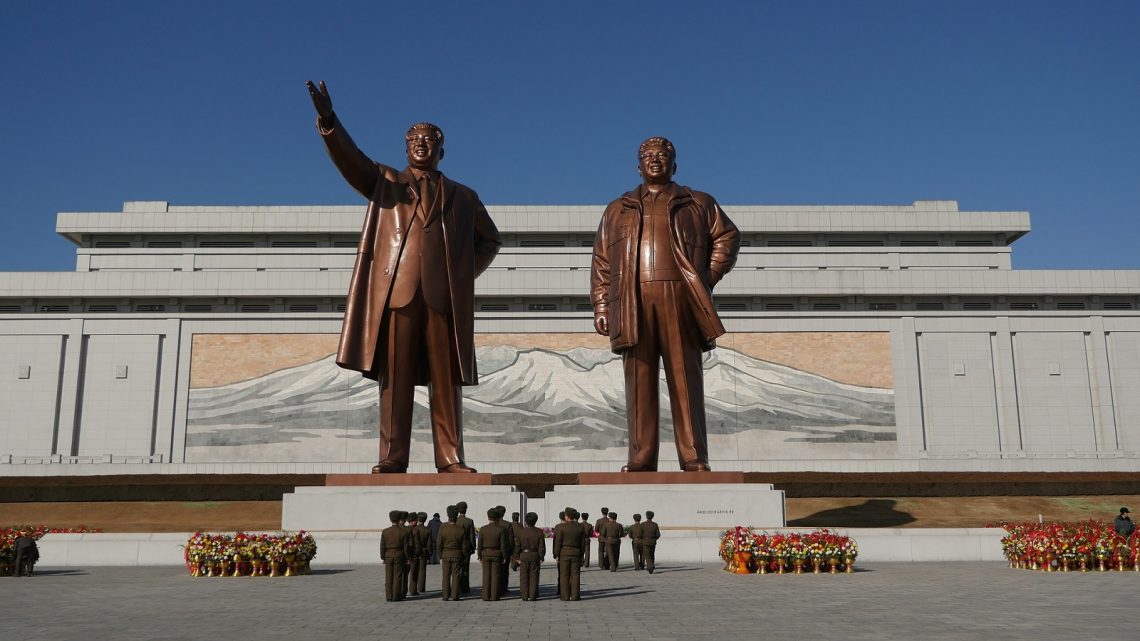 In 2017, renewed tensions between the United States and North Korea began. As both countries are nuclear superpowers, meaning that their dispute could be a serious threat to citizens’ safety, news regarding the situation spread incredibly fast across all social media platforms and other forms of media. Before that year, I had heard about North Korea maybe once or twice, but I still knew basically nothing about it. However, after doing some research, I realised that this country is nothing I had ever imagined could exist in the 21st century. It seems to be like a mysterious bubble, completely cut away from the rest of the world. I was left speechless when I read about how people there are forced to stay in the country for the rest of their lives and turn a blind eye to what has been happening, living in fear for their lives every single day.

North Korea is supposed to follow a civil law system and has proclaimed itself as a communist country, which seems great at first sight, like they have a system that takes care of its citizens and makes sure that everyone has enough necessities to live a normal life. However, after listening to many stories of North Koreans on YouTube and reading articles on how their day-to-day lives looked like, it became clear to me that North Korea appears as a humane country only on paper. Even though their constitution includes articles which have supposedly been written in favour of citizens, the highest act serves more as a propaganda asset than for actually ensuring people’s wellbeing, as also Dae-Kyu Yoon wrote in his work “The Constitution of North Korea: Its Changes and Implications”.

Constitutional acts and laws consistently repeat the importance of working class, how its members contribute to society and how the government will always do what is best for them. Realistically looking, for the country’s leadership, constitution is just like a tool with which they give their citizens apparent feeling of power, a feeling that their voice matters while they are actually taken advantage of.

No matter the acts in the constitution or laws in force, orders of their supreme ruler Kim Jong Un always prevail. In fact, the system under which the country operates is actually dictatorship, not communism, let alone democracy. Even more, although its official name is The Democratic People’s Republic of Korea or shortly DPRK, it has ironically been listed as the least democratic country in the world, according to The Democracy Index, made by the Economist Intelligence Unit (EIU), a UK-based company.

According to Patricia Goedde’s Overview of the North Korean Legal System and Legal Research, the country’s government consists of several organs. One of them is The Supreme People’s Assembly (SPA), whose role is similar to American Congress as it represents a legislative body, in general responsible for issuing and changing laws. Within the SPA is a smaller group called The Presidium of the Supreme People’s Assembly, which handles smaller day-to-day matters regarding to legislation. In addition, one of the most important roles is held by The State Affairs Commission, of which duty is to issue major policies, also relating to the country’s defence. The government body also consists of The Cabinet with several ministries for different fields and premier Kim Tok Hun at the head of the organization. Among other organs is also Public Procurators’ Office, which works on criminal cases and maintains surveillance over all citizens, according to Britannica.

The government structure looks fine and totally democratic (excluding the creepy fact that government spies on all North Koreans), however in this case, looks are deceiving. If we dive deeper into who is on leadership positions, we can conclude that all of these state organs are ran by either the dictator Kim Jong Un himself, like The State Affairs Commission, or by members of The Korean Workers’ Party (KWP) – which also leads us back to the supreme leader as he is a KPW’s chairman.

This party is the only one allowed in the country and also has control over who candidates on elections. Two smaller ones exist as well, but they are both under control of KWP. According to South China Morning Post, all Koreans over age of 17 must vote for a party that will represent them in the SPA. However, a ballot paper has only one name, KWP, written on it and all that voters have to do is to put a piece of paper they were given into a special box. Therefore, citizens have no power to choose who will lead their country as only the ruling party can win elections.

Nevertheless, not all North Koreans are completely clueless about what kind of a regime is controlling their lives daily. Although a purpose of an education system in the country is, as Yeonmi Park explained in her Youtube videos, to “brainwash” all citizens by hiding the truth, and make them completely obedient to the authority, many of North Koreans still do not agree with the way they are forced to live. Schools teach young children about their enemies, especially Americans, Japanese and South Koreans, who supposedly tried to harm their country in the past and are threatening them even today (which is in most cases not true). They also give them false information on how North Korea is the only country in this world which has normal living conditions – of course adding that they have been provided by their omnipotent, respect worthy leader.

However, most of Koreans do not dare to resist the government because of fear of punishment. In North Korea, punishments for even mild offenses, such as not having appropriate haircut (fun fact: there are only 28 haircuts allowed, and they are not so different between each other) tend to be very harsh, because in this way, the authorities are showing their power.

According to Article 27 in The Criminal Law of the Democratic People’s Republic of Korea, possible punishments are death, labour, deprivation of the right to vote, confiscation of property and removal or suspension of qualifications. It is important to add that labour refers to hard, usually inhumane work in tough conditions in prison camps, and that it is a common punishment. Many people there die as they are also exposed to torture and witness public executions and other horrors. Nevertheless, based on many testimonies, sometimes, after committing a more serious crime, people just disappear over night and they are sent to labour camps right away, without even a trial. Just imagine going to bed every night in fear that you have done something wrong or someone thinks so and knowing that it might be the last time you will ever see your family again – also because of the “3 generation rule”, because of which not only the person who committed the crime is sent away to do harsh labour, but three generations of his family as well. Again, it is yet another way of the authorities sending people a message not to mess with them.

In other cases, trials are held by around 100 people’s country courts, twelve provincial courts, or even the most powerful one in the country, a Central Court. Judges are elected by members of the SPA (or Local People’s Assembly, depending on a court), which is controlled by the KWP of which the chairman is the supreme leader. Therefore, even the country’s judicial system is controlled by a dictator Kim Jong Un and is consequently not independent as it should be.

According to KBS World Radio, (unsurprisingly) North Korean lawyers are controlled by the state as well. They are only allowed to explain the defendants’ reasons for executing a crime to a court, but they cannot defend their client. In this way, lawyers are completely powerless in courts and have basically no impact on a judge’s decision.

Nevertheless, judicial system is not the only problem. According to Deutsche Welle, around 40% of the population, or approximately 10 million people are starving. Interestingly, 40% is also a share of North Korean population that works in agriculture, as Woon-Keun Kim wrote in his work The Agricultural Situation of North Korea. Ever since Soviet Union collapsed and North Korea has not been receiving help anymore, farmers or in other words anyone who is not a part of a rich elite, starves – even though article 25 of a North Korean constitution says that “The State shall provide all the working people with every condition for obtaining food, clothing and housing.”

What is even more controversial is the fact that North Koreans are not dying from hunger because their country would not have enough financial resources available to provide them with food. In fact, the problem is that the government (well, more or less Kim Jong Un) decided that approximately a fifth of their GDP, so around US$3.6 billion, will be dedicated annually to improve their army forces and build even stronger nuclear weapons, according to the State Department’s World Military Expenditures and Arms Transfers 2019 report that was mentioned in an article by Yonhap News Agency. In this way, North Korea is a complete opposite of a communist country and obviously much rather spends its money on an army then on buying food or supporting them in any other way to save lives. And I think this speaks volumes.

As aforementioned, another red flag suggesting that something is seriously wrong in North Korea is that travelling in and out of the country is strictly restricted. Thus, citizens’ freedom, which is one of the most basic human rights, is violated – although article 75 in their constitution and article 4 in Nationality Law of the Democratic People’s Republic of Korea claim that citizens have freedom to reside and travel to any place.

A few North Koreans however were lucky enough to escape. Many of defectors, who now live in other countries across the world, became human rights activists, trying to raise awareness about what is truly happening in North Korea. Their stories provide us rare insights into this secretive place and are a proof that leaving this country is not a joke, rather a life-or-death voyage. Based on a testimony of a defector Yeonmi Park, who escaped at the age of thirteen, North Korean border is all around observed by guards, who are ordered to kill anyone they see trying to escape without hesitation.

Even though hardly any policies and laws of this secretive country are accessible to the rest of the world, defectors’ stories prove that one thing is for sure. North Koreans do not have basic human rights. With no free press to report news, not being allowed to watch, listen or read foreign films, music or books, being treated inhumanely in labour camps, with limited freedom and having to glorify their leader, North Korea truly seems like a hell on Earth, and I am horrified that millions of innocent people have to live this way.

As I have already mentioned, the country uses education to “brainwash” their citizens, giving them a completely untrue perception of the world. Now, just imagine a North Korean, who has been told for his whole life that the world behind the borders is cruel, dark and full of wars and enemies… but the person still decides to escape from his home country, leaving a family behind, which will probably face a harsh punishment. And if you think about it, running into the “evil world”, risking their lives and leaving everything behind, tells us everything. 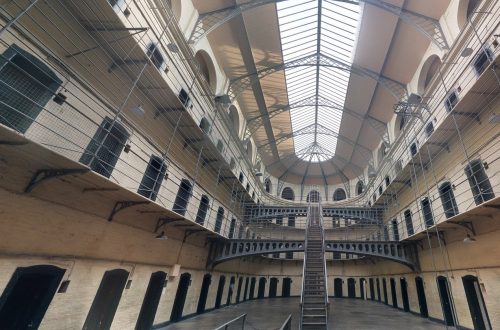 Until the End of Your Days – and Beyond? 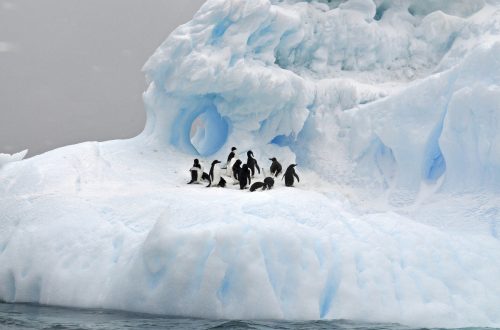 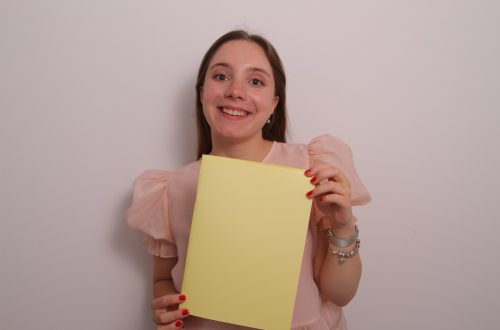